The Living Leader is headed up by the utterly inspirational Penny Ferguson, and in the 25 years since she founded it, Penny and the team have has worked their magic with many of the top national and international brands.

However, when they approached us in 2015 the company’s online and social media presence was looking rather lacklustre and there was a lack of a coherent strategy as the online presence had grown up rather ad hoc, and indeed there were two websites (Penny’s own and the Living Leader) which were clashing for keywords, a lack of content and no strategy or  alignment between the websites and the social media. As a result they were not doing particularly well on Google.

The company and Penny herself had pretty decent numbers of fans and followers on the social media, but the brands’ “voice” and authenticity was missing and there was a lack of engagement across the board, and as a result it just wasn’t working for them, with poor traffic, high bounce rate, and poor SEO.

We were asked to give it all an overhaul and help get it all aligned, grow the brand’s social media presence across the board, and improve their search results in advance of them replacing their websites and having a brand refresh.

After 14 months their social media presence was very healthy, with excellent statistics and high engagements for Penny’s own social media accounts (top 10% for profile views on LinkedIn; more than doubled her engagement and 50% more followers), as well as the Living Leader (170% rise in engagement on Twitter and 51% increase in followers; 71% growth in fans on Facebook).

In addition, their SEO had improved to the point where they were on the front page of Google for most of their keywords –  all of which is exactly where you want to be before you have a brand refresh and brand new website! 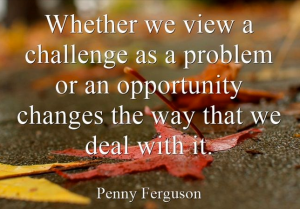